During our trip to Ecuador, it was very important for us to meet and share a moment with the local indigenous people who are directly affected by all the problems that the country knows. We could not leave this territory without hearing the voices of the mains concerned … Yasuni National Park being the ancestral territory and the cradle of the Waorani community, we decided to get in touch with the Waoranis women’s association, AMWAE , chaired by Patricia Nenquihui, herself a member of the community 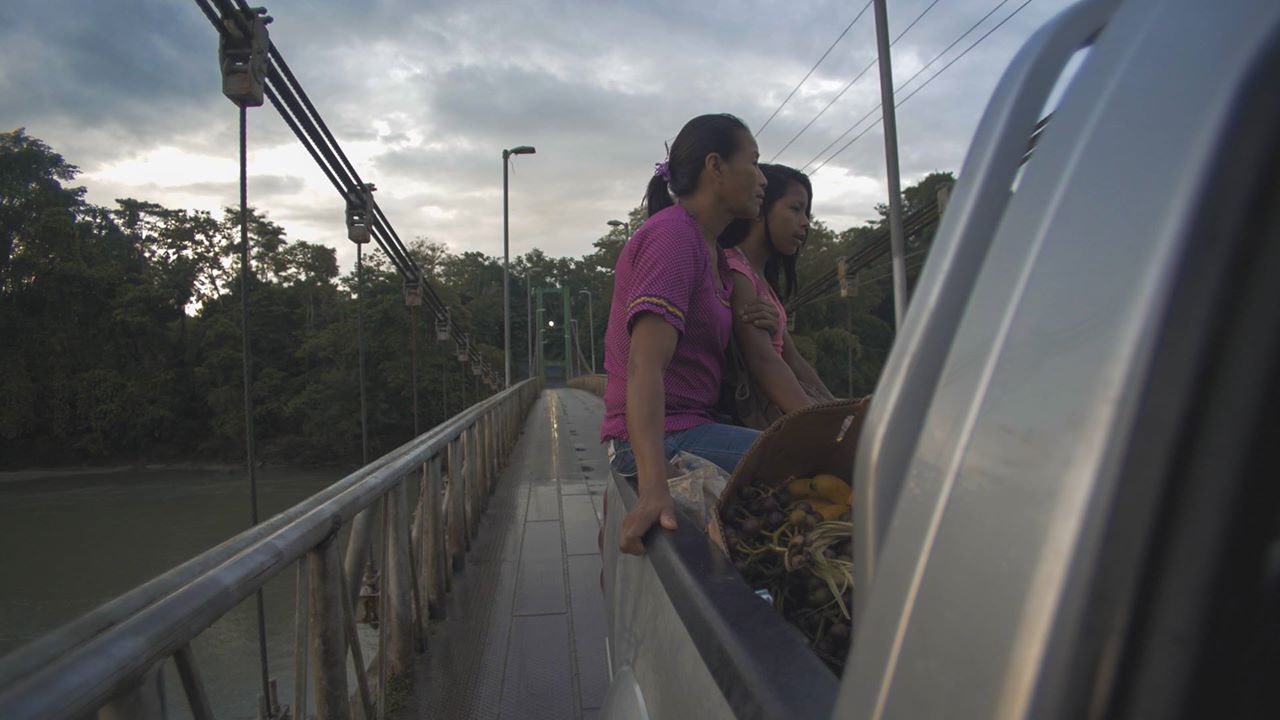 The Ecuadorian Amazon is home of 11 different indigenous communities (Source CONFENIAE), each with its own language and culture. The Waoranis alone represent nearly 3000 individuals, mainly in the provinces of Napo, Orellana and Pastaza. In 1999, a presidential decree allowed the creation of an intangible area of ​​750,000 hectares to maintain intact the territory of the Tagaeri and Taromenane communities, who made the choice to live in isolation in the heart of the park.

It’s 4 o’clock in the morning. Patricia and her cousin park the car just in front of our hostel. We check our video equipment again and join them in the dark. We start driving in the night towards the city of Tena. While the main road is of good quality, the road opened by the oil industry along the river turns into a cross dust road, where indigenous communities follow each others, rythmed by football fields, barbecue smells and opened guavas. After registering at the entrance to the number 21 oil exploitation block, we finally arrive at the village where 35 Waorani families have been living for 12 years now. 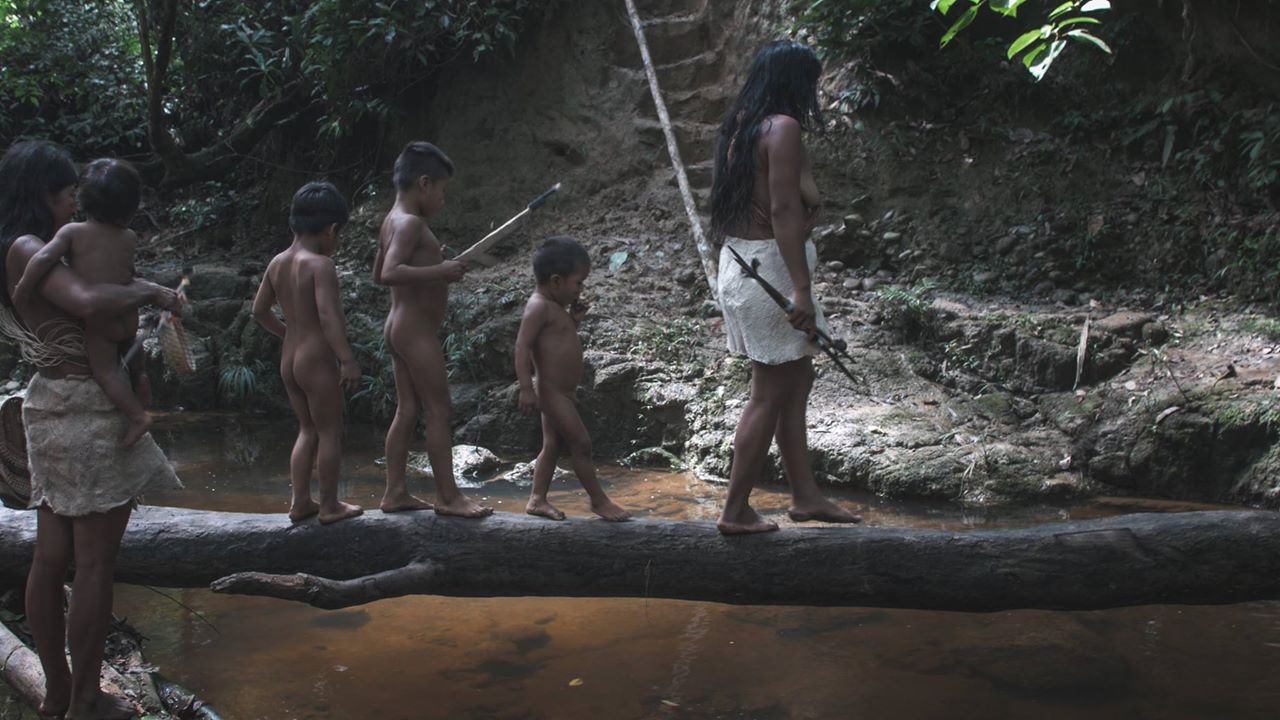 Our day with community members is rich in emotion. Women and children are waiting for us to come and everyone proudly wears the colors and traditional outfit of this ancestral culture. We walk with our big shoes in the Waoranis women’s footsteps and walk to a traditional shelter where our welcome ritual is being prepared. After nearly falling across the stream on the falling trunk, we sit quietly, curious to know what lies ahead. A dance and traditional songs open the ceremony, and even if these traditions seem from another age, we can feel the excitement and pride on the faces of each of these women. Here we sit, eyes and ears wide open, in the heart of history, in the heart of the forest. There is no time, no space. Everything is one. 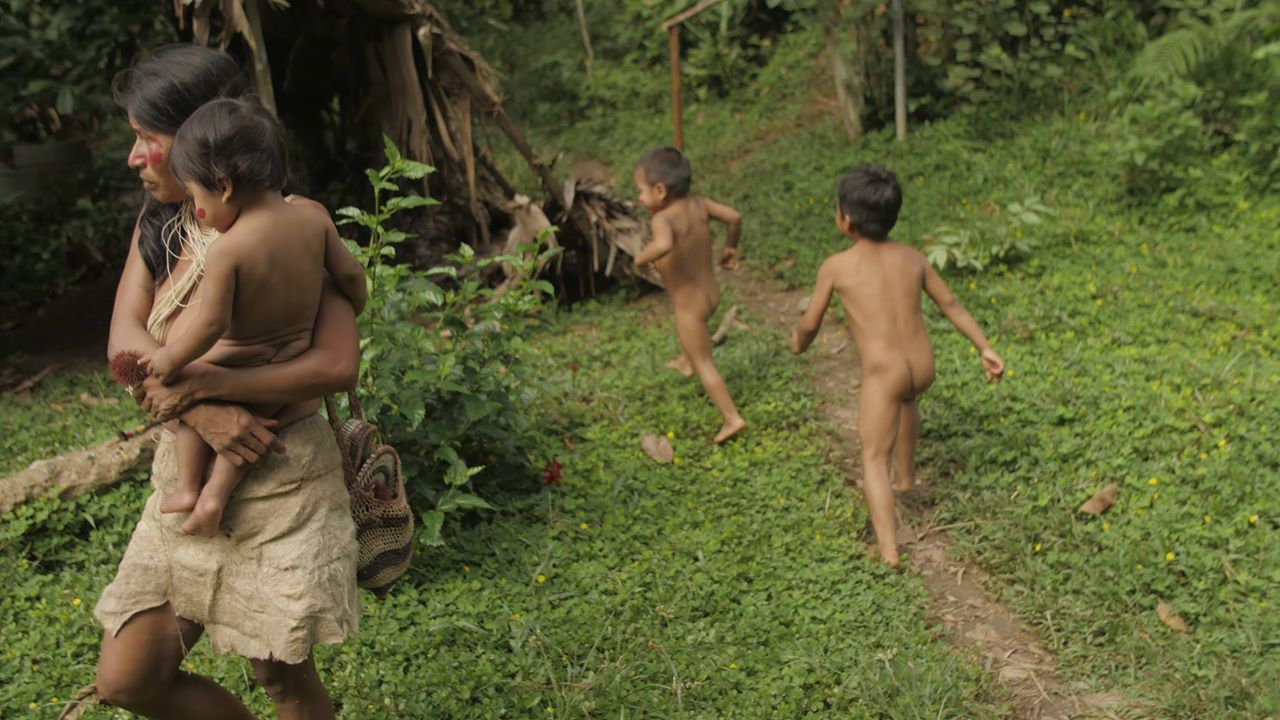 The songs fade, the steps stop and everyone smiles. The sens of time returns and we take the opportunity to exchange a few words with these women. Sometimes we call Nawe to rescue us, because even though our Spanish can take us out of certain situations, it is not great help when it comes to interpreting the Waorani langage. We talk about their history, their struggle, their hopes. We talk about the forest, their territory and the life in the community. Each one goes there with her experience, her feelings. We feel at the right place, at the right time, with the right people. Their voices resonate in the foliage and the jungle seems to approve. “Don’t we say that trees and women are always right.” No? On this day, surely. 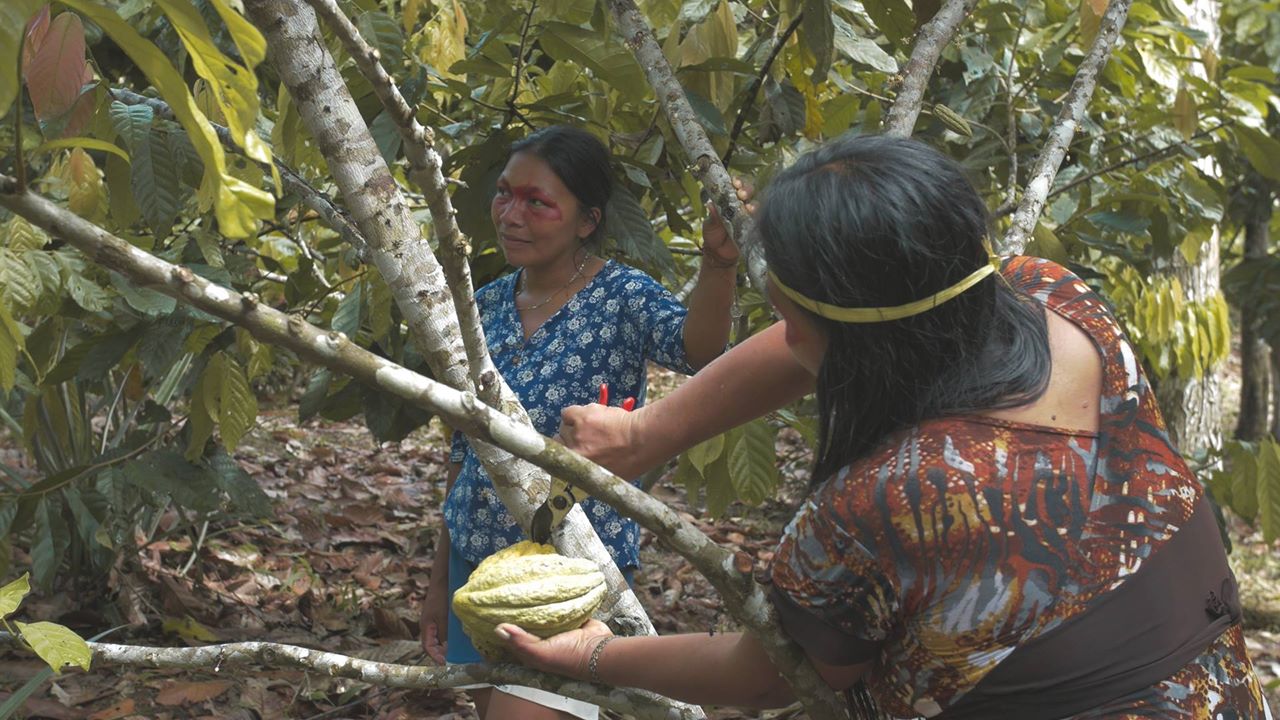 he meal punctuates the day and traditional clothes give way to dresses, pants, shorts. Children play cards. We give a try to local crafts and try to make bracelets that they will surely never sell. We talk about the AMWAE  association and how the cocoa plantations have allowed these women to generate a sustainable and ethical income for these populations. Since the communities have become settled, new sources of income have had to be put in place. From organic farming, to fish farming or even the exploitation of tree nurseries, many solutions allow Waoranis to meet their needs in respect of their territory, other communities and biodiversity 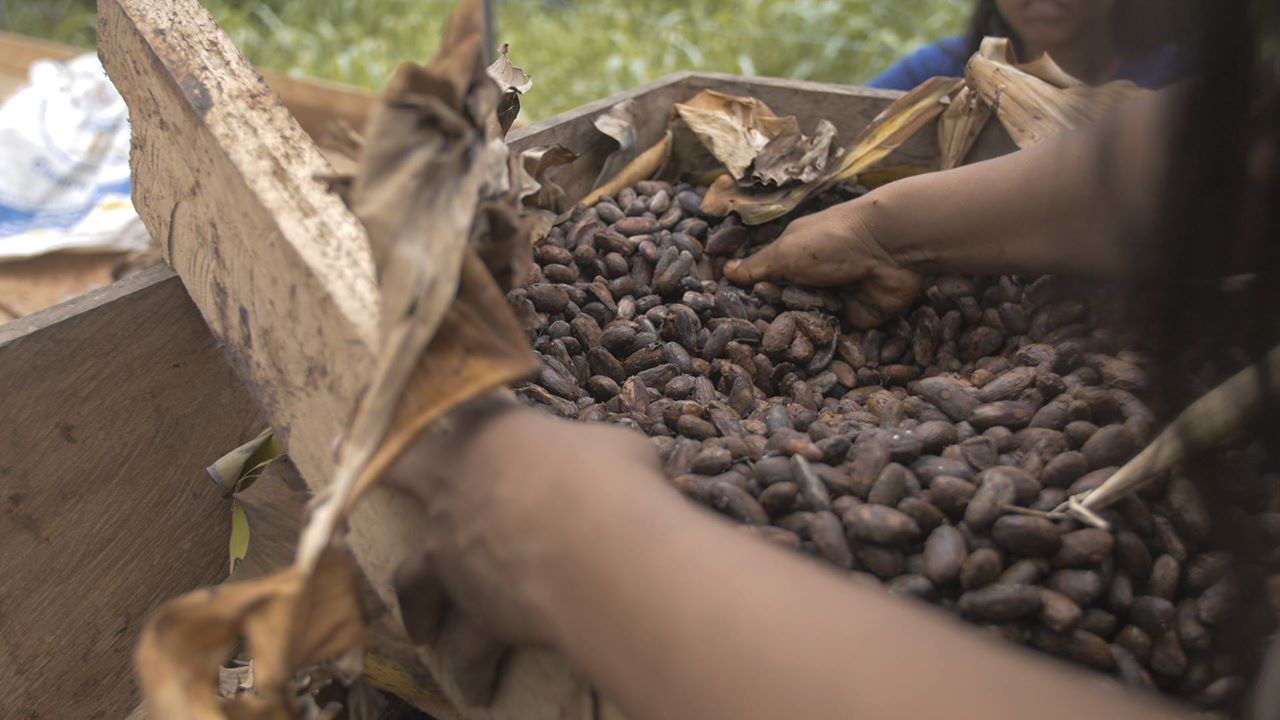 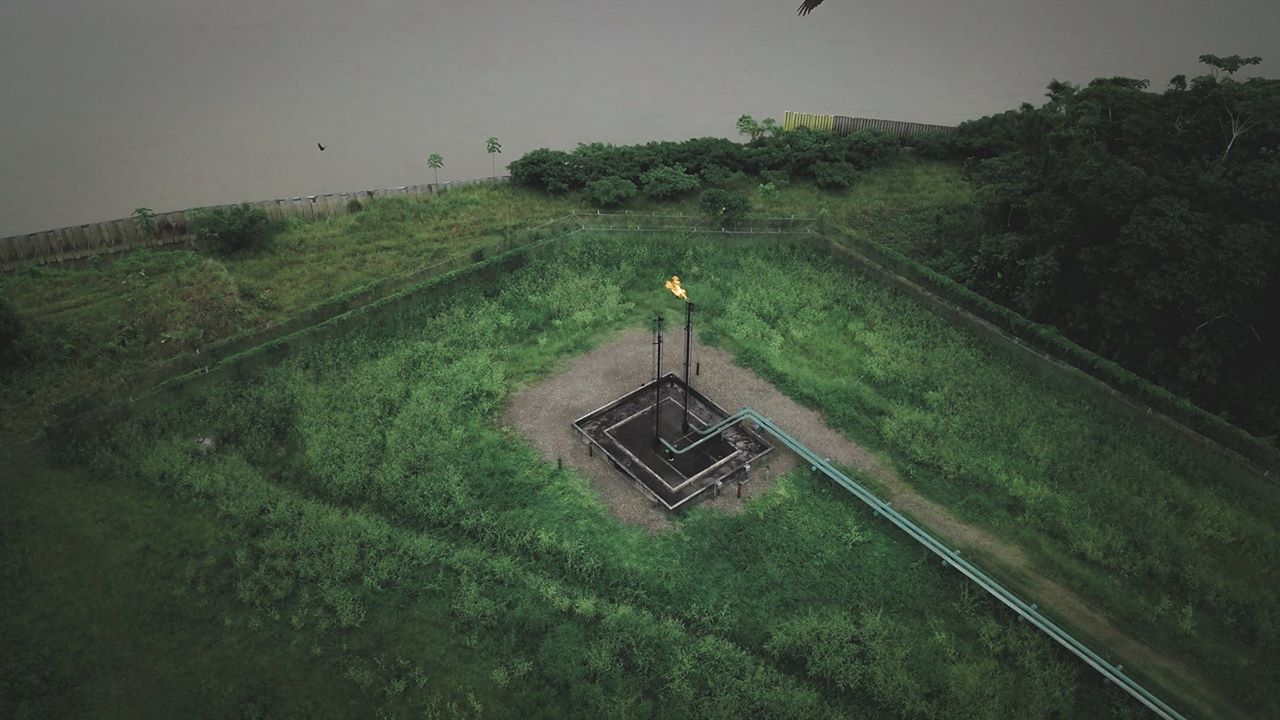 As early as the 1960s, several American explorations in the east of the country established that a large amount of oil was peacefully sleeping in the soils of Oriente, under the roots of the Amazon. After receiving a rather spiky welcome from the guardians of the forest (The Indigenous being at the forefront when it comes to defense, they were unfortunately not as equipped as the military), the Americans decided to send evangelists missionaries in the Amazon to put in place substantive work and educate those communities that they considered as “wild”. It was through a Waorani slave woman named Dayuma that the Bible was translated into the language of the community, and religious education began. Villages were built, with schools and churches, and it was “kindly” advised to these people to dress and ward off their animist beliefs to respond only to the customs of the invader. Many diseases spread with the arrival of the first settlers and a large part of the Waorani was decimated. At the same moment, by the greatest fortune, the oil company Texaco discovered a huge black gold deposit in the territory of Waroanis, that it would be a shame not to extract … 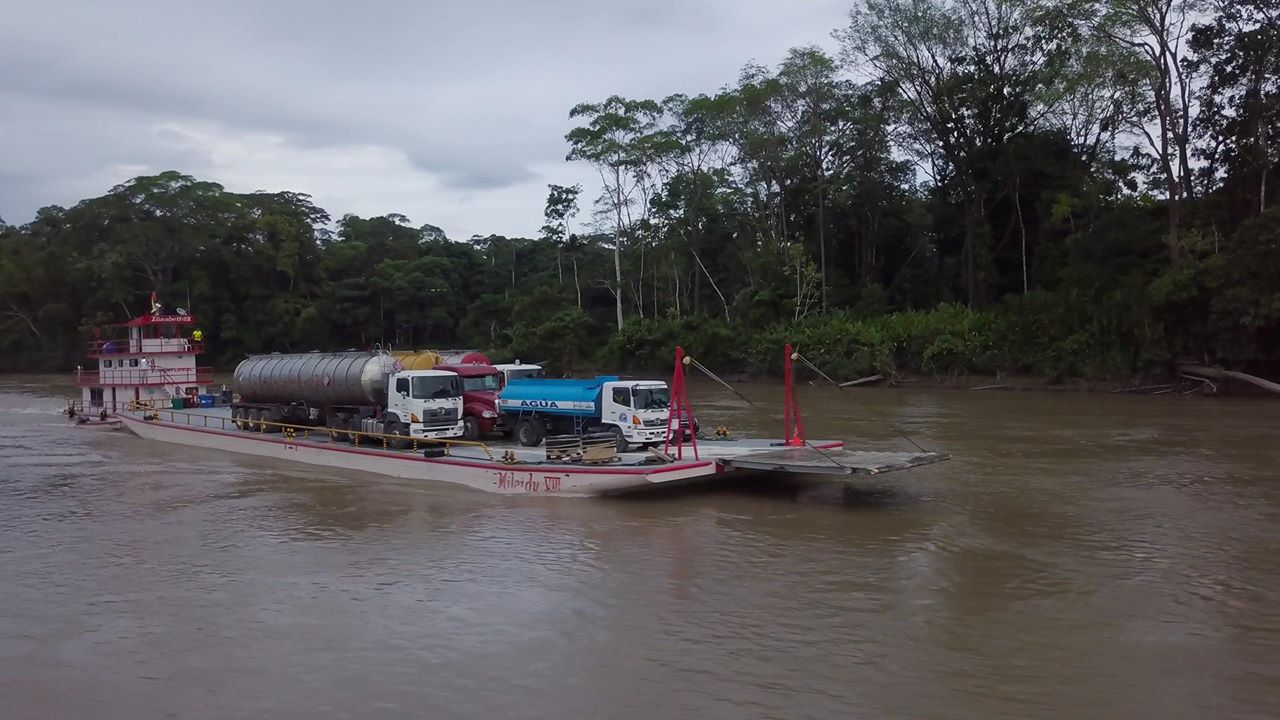 Today about 60% of Yasuni Park has been licensed to international oil companies that can drill in blocks of 200,000 hectares, and tens of thousands of barrels are extracted daily. New oil blocks are being negotiated and wells and roads are becoming more frequent along the intangible zone and the Peruvian border. While the petrodollar seems to sink happy days on the Napo River, noise pollution, contamination of soil and freshwater, as well as toxic discharges are the causes of many incurable diseases in indigenous communities, but also of the depletion of the wildlife. While some tribes have moved deeper into the jungle to flee the industries, many tribes have migrated and settled along the roads opened by the oil industry or the cities to provide for their needs.

Human activity is very present along the rivers and many problems persist. These migrations have led to new abuses such as local deforestation for plantations, animal trafficking, violence, the disintegration of families and even prostitution. Unfortunately, oil is not the only cause of pollution and deforestation, as mining, crop plantations and timber harvesting frequently change the landscape and push entire populations to migrate and adapt to survive. 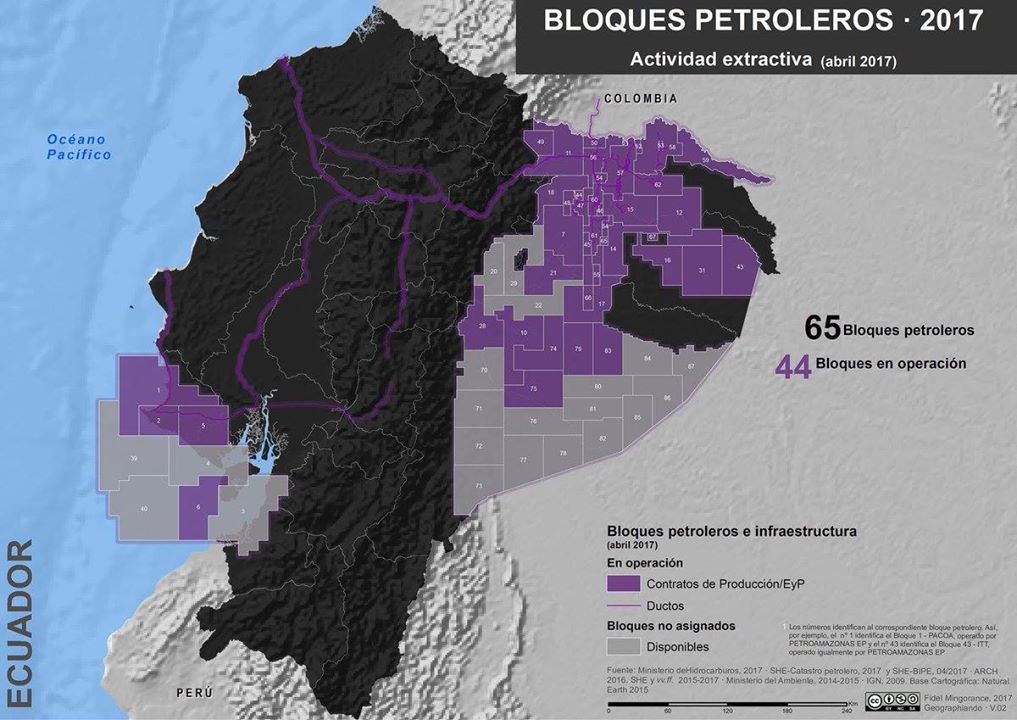 At their own level, all these communities are the first activists of our world when it comes to defending and protecting the lungs of our planet. Unfortunately, no law prohibits the oil industry to smoke in public places, and today Yasuni burns slowly, one tree at a time. Our lungs have had cancer for more than 50 years and nothing is done to stop this virus that spreads with impunity. Our antibodies are already running, armed with their spears and their cultures, to give reason to those who wear the tie, before these green forests turn into black ones. The first concerned are most often the last consulted when it comes to political decisions and money. Although the daily lifestyle of the majority of indigenous communities has changed and many of these people live in cities, indigenous culture and attachment to the land is rooted in their genes and blood. Their ancestors fought to protect their lands and even though today their voice is peaceful, the intention has not changed. 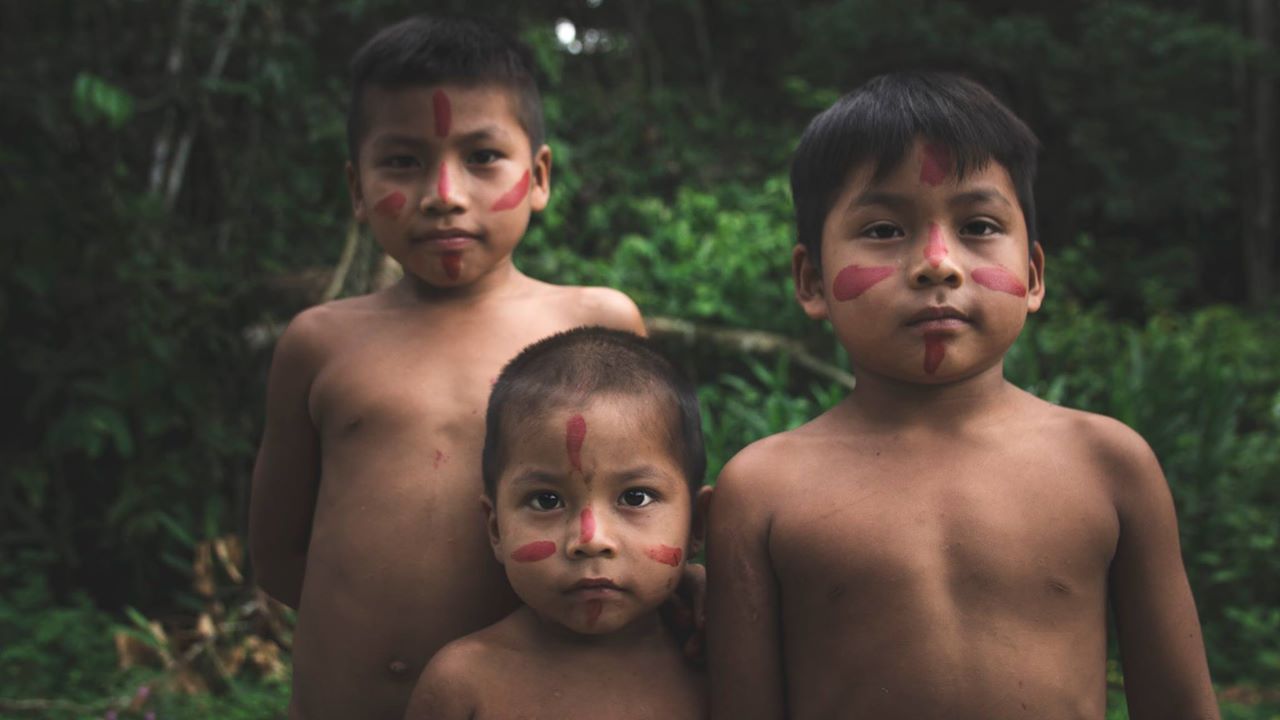 Walk tall as the trees, live strong as the mountains, be gentle as the spring winds, keep the warmth of the summer sun in your heart and the great spirit will always be with you. Native American proverb 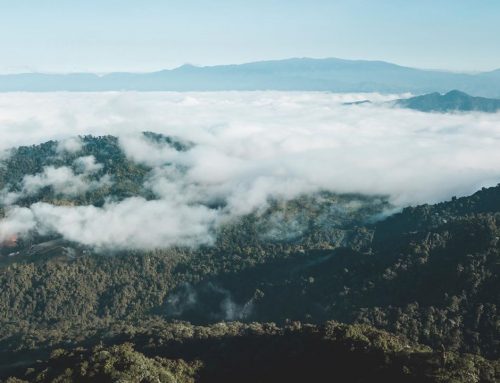 THE HEAD IN THE SKY Gallery

THE HEAD IN THE SKY 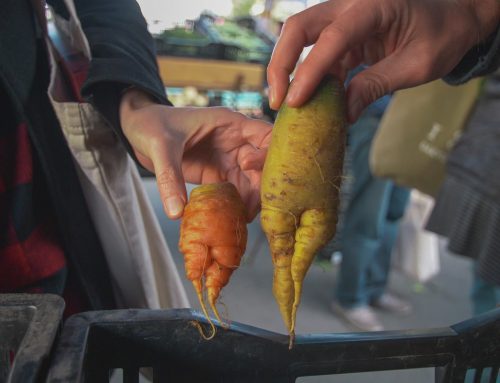 RRRRR OR THE IMPORTANCE OF BEING CONSCIOUS Gallery

RRRRR OR THE IMPORTANCE OF BEING CONSCIOUS