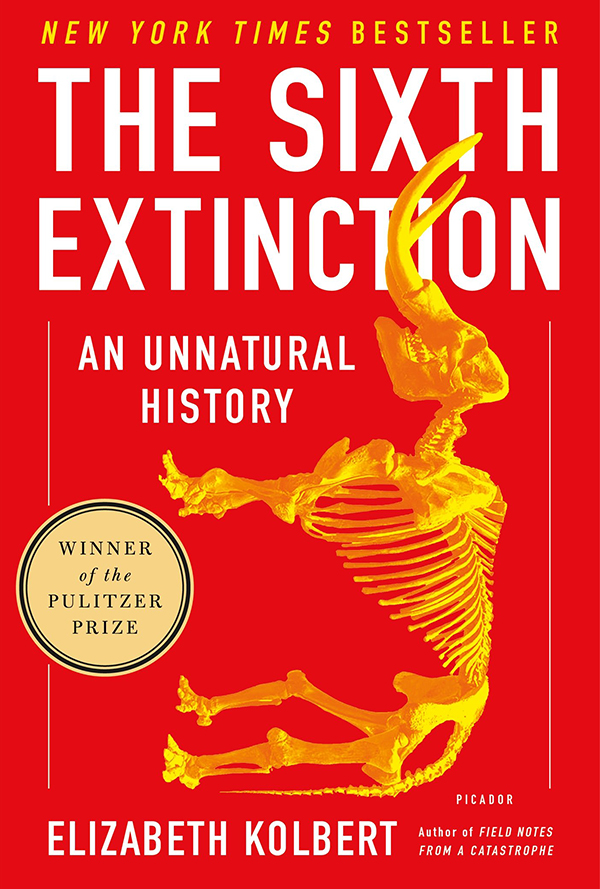 Of all the species to have ever lived on earth, more than 90 percent are thought to be extinct. Most of them perished sometime over the past half a billion years, in one of the five major mass extinctions that have profoundly reshaped the world. Kolbert, a contributing writer for the New Yorker, argues that we are now in the midst of a sixth extinction, one distressingly of our own making.

Part travelogue, part exegesis of extinction’s history and literature, each chapter focuses on a single already vanished or critically endangered species and the scientists who study it, revealing a planetary crisis through heartrending close-up portraits of the Sumatran rhinoceros, the little brown bat, the Panamanian golden frog and other unlucky creatures. Fittingly, the book closes with a short chapter on Homo sapiens and an unflinching refusal to sugarcoat the ways we have broken our world