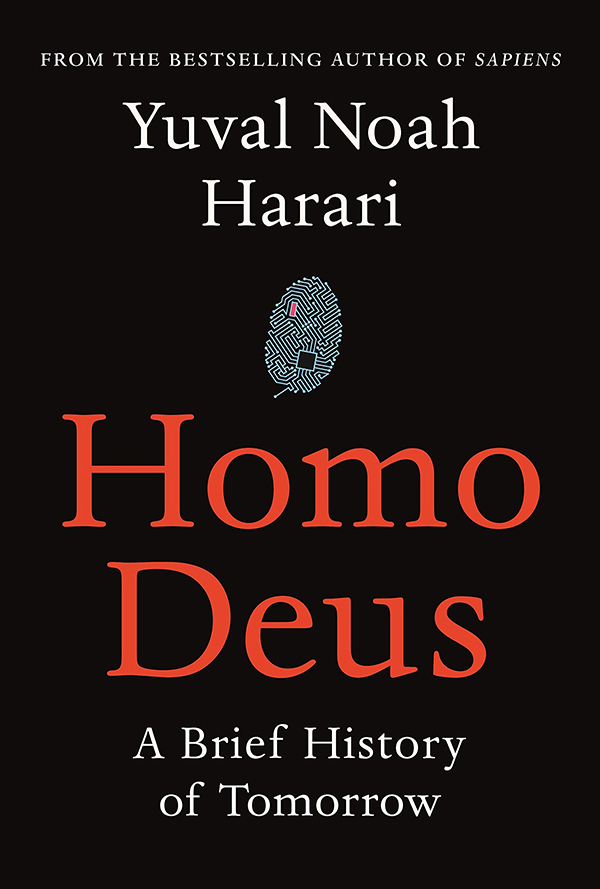 Homo Deus: A Brief History of Tomorrow examines what might happen to the world when old myths are coupled with new godlike technologies, such as artificial intelligence and genetic engineering.

Humans conquered the world thanks to their unique ability to believe in collective myths about gods, money, equality and freedom – as described in Sapiens: A Brief History of Humankind. In Homo Deus, Prof. Harari looks to the future and explores how global power might shift, as the principal force of evolution – natural selection – is replaced by intelligent design.

What will happen to democracy when Google and Facebook come to know our likes and our political preferences better than we know them ourselves? What will happen to the welfare state when computers push humans out of the job market and create a massive new “useless class”? How might Islam handle genetic engineering? Will Silicon Valley end up producing new religions, rather than just novel gadgets?

As Homo sapiens becomes Homo deus, what new destinies will we set for ourselves? As the self-made gods of planet earth, which projects should we undertake, and how will we protect this fragile planet and humankind itself from our own destructive powers? The book Homo Deus gives us a glimpse of the dreams and nightmares that will shape the 21st century.