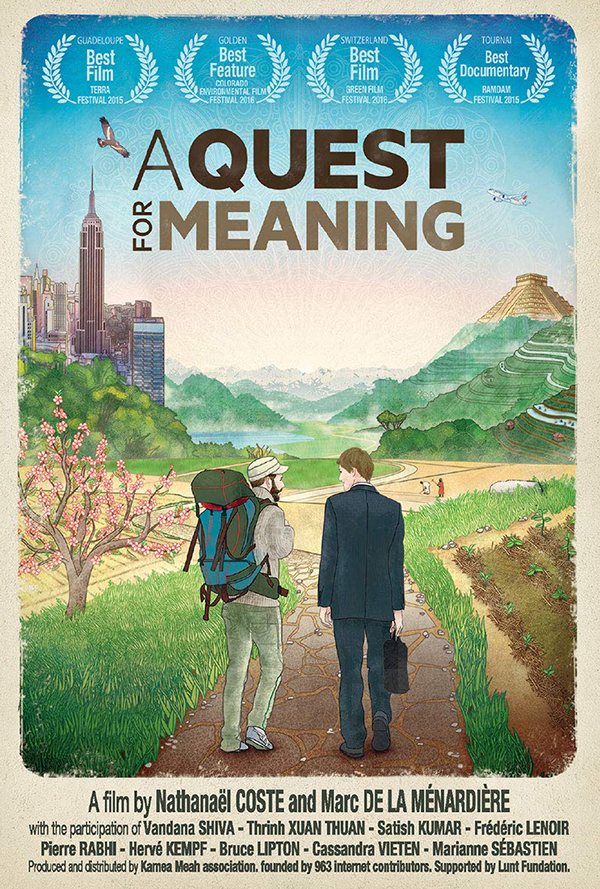 A QUEST FOR MEANING

“A Quest For Meaning” tells the story of Marc and Nathanaël, two childhood friends and their life-changing journey around the world. Equipped with nothing more than a tiny camera and a microphone, they will attempt to uncover the causes of the current world crisis and discover a way to bring about change. Through the messages of environmental activists, philosophers, biologists, and guardians of the ancient cultures, they invite us to join their adventure and partage in their questioning of the world. A quest for Meaning is a movie that gives confidence in our ability to influence things for the better.

A Community Project: Filmed in the best way possible with the means at hand the film was produced and distributed independently, thanks to the support of hundreds of internet surfers.